Every once in a while Update's members and friends come together for a cozy little conference to talk about their computer-related projects. 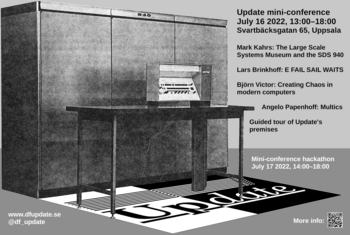 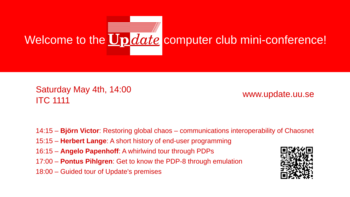 The first Update mini-conference took place on July 15th 2018. With participants from Sweden, Germany and the USA it was a great success.

The recordings were taken by Stephen Jones from the Living Computer Museum in Seattle.